Diabetes is a disease that occurs when the pancreas does not secrete enough insulin or the body is unable to process it properly. Patients with diabetes are more likely to develop eye problems such as cataracts and glaucoma, but the disease’s affect on the retina is the main threat to vision. Most patients develop diabetic changes in the retina after approximately 20 years. The effect of diabetes on the eye is called diabetic retinopathy.

Over time, diabetes affects the circulatory system of the retina. The earliest phase of the disease is known as background diabetic retinopathy. In this phase, the arteries in the retina become weakened and leak, forming small, dot-like hemorrhages. These leaking vessels often lead to swelling or edema in the retina and decreased vision.

The next stage is known as proliferative diabetic retinopathy. In this stage, circulation problems cause areas of the retina to become oxygen-deprived or ischemic. New, fragile, vessels develop as the circulatory system attempts to maintain adequate oxygen levels within the retina. This is called neovascularization. Unfortunately, these delicate vessels hemorrhage easily. Blood may leak into the retina and vitreous, causing spots or floaters, along with decreased vision.

In the later phases of the disease, continued abnormal vessel growth and scar tissue may cause serious problems such as retinal detachment and glaucoma.

Diabetic patients require routine eye examinations so related eye problems can be detected and treated as early as possible. Most diabetic patients are frequently examined by an internist or endocrinologist who in turn work closely with the ophthalmologist.

Diabetic retinopathy is treated in many ways depending on the stage of the disease and the specific problem that requires attention. The retinal surgeon relies on several tests to monitor the progression of the disease and to make decisions for the appropriate treatment. These include: fluorescein angiography, retinal photography, and optical coherence tomography.

The abnormal growth of tiny blood vessels and the associated complication of bleeding is one of the most common problems treated by vitreo-retinal surgeons. Laser surgery called pan retinal photocoagulation (PRP) is usually the treatment of choice for this problem.

With PRP, the surgeon uses laser to destroy oxygen-deprived retinal tissue outside of the patient’s central vision. While this creates blind spots in the peripheral vision, PRP prevents the continued growth of the fragile vessels and seals the leaking ones. The goal of the treatment is to arrest the progression of the disease.

Vitrectomy is another surgery commonly needed for diabetic patients who suffer a vitreous hemorrhage (bleeding in the gel-like substance that fills the center of the eye). During a vitrectomy, the retina surgeon carefully removes blood and vitreous from the eye, and replaces it with clear salt solution (saline). At the same time, the surgeon may also gently cut strands of vitreous attached to the retina that create traction and could lead to retinal detachment or tears.

Patients with diabetes are at greater risk of developing retinal tears and detachment. Tears are often sealed with laser surgery. Retinal detachment requires surgical treatment to reattach the retina to the back of the eye. The prognosis for visual recovery is dependent on the severity of the detachment.


Have questions or need help
with your ophthalmology development programs ? 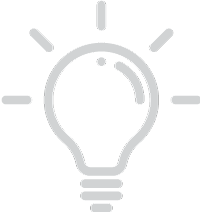 With Iris Pharma by your side you will

While working with Iris Pharma you will

Contract with Iris Pharma to